Qualify Now for Free Shipping on Orders over $50 in the USA.

Hot Item! 🔥 people are viewing this and people have it in their cart.

"Aging is a fact of life. Looking your age is not." - Dr. Howard Murad

Discover the "holy grail" of moisturizers that goes above and beyond hydration!

Our Beyond Moisturizer is ultra-potent “skin food", formulated with nutrient-rich oils like Tamanu Oil, Emu Oil, Rosehip Seed Oil and Sea Buckthorn Oil combined with pure filtered beeswax, used to not only heal and hydrate, but also help reduce the appearance of dry, dull skin to promote a younger, smoother, firmer complexion.

Now you actually have something that WORKS instead of another buy-it-and-cross-your-fingers cure! Beyond Moisturizer has helped many "skin-disappointed" victims, just like yourself, to take back their skin tone, beauty and confidence.

"I absolutely love this rich powerful moisturizer! After using Beyond Face moisturizer daily for about 30 days, the dry patches disappeared and have never returned! My face quickly soaks in the good nutrients and says thank you!" - Christy C.

Add Beyond Moisturizer to your skincare routine and get ready to fall in love with visibly smoother, more vibrant radiant skin.

Tamanu Oil: Tamanu oil is rich in fatty acids, which is used to keep the skin moisturized. It also contains antioxidants, which are used to fight against damage from free radicals. The oil's ability to promote collagen and GAG production also plays in its use for anti-aging and skin regeneration.

Emu Oil: Emu Oil contains a complete balance of essential fatty acids (Omega 3, Omega 6, and Omega 9), which are used for regeneration of healthy new skin cells. Natural lipids found in emu oil are used for replenishing skin from the inside out.

Pure Filtered Beeswax: Pure Filtered Beeswax is a natural humectant and is known to provide excellent, breathable protection against the natural elements. It is used to lock in moisture, hydrate, soothe and soften skin. It is high in vitamin A, which has been found to support cell reconstruction and health.

Baobab Oil: Baobab Oil is very rich in vitamins A, D, E, F, oleic acid, linoleic acid, and Omega 3, 6, and 9 fatty acids. It absorbs quickly and is used to promote healing. Baobab oil is known to be highly moisturizing, emollient, and soothing.

Rosehip Seed Oil: Rosehip Seed Oil is a great source of omega 3, omega 6 and contains natural Retinoic acid (Vitamin A acid). It is used to regenerate the skin and reduce scars.

Geranium: Geranium oil is known to have a mild, regulating effect on the skin. It is used to increase blood circulation and skin elasticity, heal, hydrate and calm the skin.

Red Thyme: Red Thyme is high in antioxidants and is known to have superior skin-healing properties. It is used to calm, soothe and improve the skin.

Cypress: Cypress oil is composed of monoterpenes. It is used to heal, balance and calm congested skin. It is known to promote toning to help firm and strengthen loose sagging skin.

Myrrh: Myrrh oil is packed with nourishing organic compounds. It is used to help fade scars, hydrate, soothe and smooth fine lines in the skin.

Chamomile: Chamomile is known to have antioxidant properties. It is used to help soothe the skin, reduce redness and blemishes and help boost skin health.

Helichrysum: Helichrysum oil is known to help promote the healing of damaged tissues. It is used to help smooth fine lines and soothe irritated skin.

Directions: Apply to clean dry skin.  Scoop out a small amount of moisturizer.  Warm and soften between fingers and apply to face and neck.  Excellent and safe to use under the eyes.  SMILE.

Write a Review
average rating 4.7 out of 5
Based on 83 ratings
100% of reviewers would recommend this product to a friend
Customer photos and videos I love that this is made from natural earthy elements so I can feel good about it soaking into my skin. But having a hard time getting it to spread over my whole face, without using too much and feeling greasy the next morning (cus I used too much). Just seems hard to apply, when it also just wants to soak into my fingertips 1st. Just tweaking the applications, each time. Victoria I. Reviewed by Victoria I., from United States
Verified Buyer
I recommend this product
Age Range
45 - 54
My Skin Type
My Skin Concerns
My Results
Rated 5 out of 5 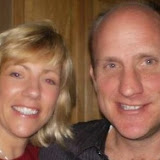 Christy C. Reviewed by Christy C., from United States
Verified Buyer
I recommend this product
Age Range
45 - 54
My Skin Type
My Skin Concerns
My Results
Rated 5 out of 5

I absolutely love this rich powerful moisturizer! I've been using Beyond Face moisturizer for about 15 months.

For many years (prob 6-8) I had patches of dry skin on my cheek and in between my eyebrows that I couldn't get rid of no matter what moisturizer, lotion or serum I tried. It was more common during the winter months, but then I started to experience them year round. After using Beyond Face moisturizer daily for about 30 days, the dry patches disappeared and have never returned!

My face quickly soaks in the good nutrients and says thank you! :)

Loading...
Was this helpful?
RP
Rosemary P. Reviewed by Rosemary P., from United States
Verified Buyer
I recommend this product
Age Range
25 - 34
My Skin Type
My Skin Concerns
My Results
Rated 4 out of 5

I like how my skin is looking. It’s smoother and my acne scars are less noticeable. It doesn’t make me oily or break out but provides moisture and balance to my skin. It does stain my pillow case and is super pricey but I know it is a great quality product without any harmful ingredients.

Loading...
Was this helpful?
DB
Diane B. Reviewed by Diane B., from United States
Verified Buyer
I recommend this product
Age Range
65+
My Skin Type
My Skin Concerns
My Results
Rated 5 out of 5

I use this daily and at bedtime. I get compliments all of the time (like I don't look my age :)) Description If sensitive skin is your concern, we have the solution.  Bare Moisturizer is STEP TWO of our Sensitive Skin Elimination Diet to cleanse and reset...

Description Anti-Aging, Scar Reduction, Acne Prone Skin, Eczema, Rosacea, Melasma Go Beyond Skin-Food as you know it! Beyond Moisturizer is exclusively made for all skin...